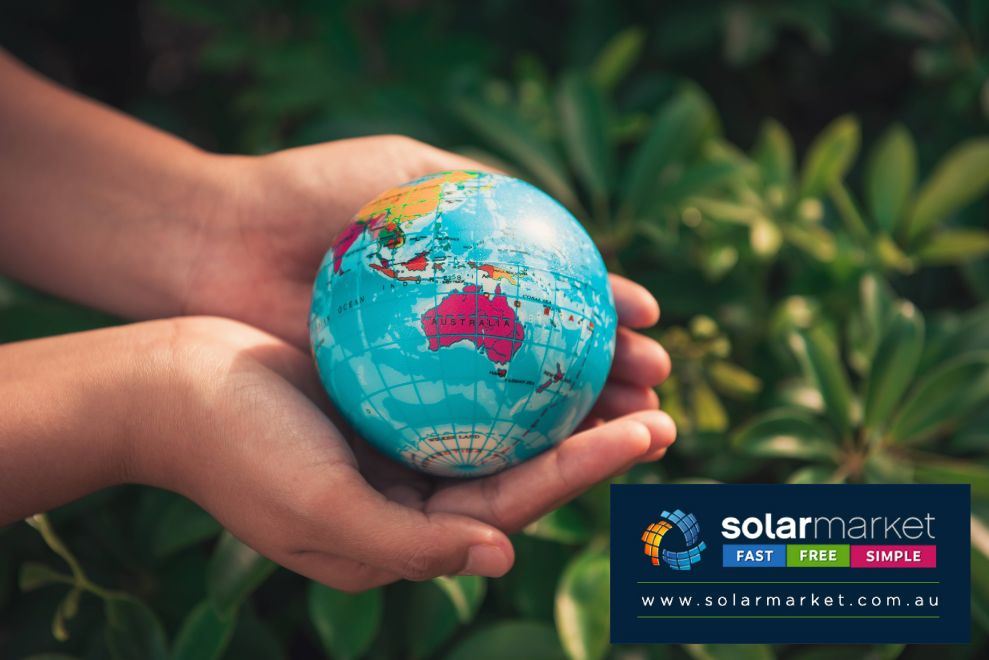 Australian’s View On Climate Change – It’s in our hands

As Australians continue to be affected by the bushfire crisis which has swarmed tragedy over various areas of Australia, many people are viewing the fires as a wake-up call about climate change.

The fires are making more people aware of the fact that we as individuals and as a country need to minimise the use of fossil fuels and replace them with clean renewable sources of energy such as solar, wind and water.

The most recent survey was conducted from July 2019- January 2020 with additional questions added in January 2020 in reference to the current bushfires. The survey pool was comprised of 1,033 Australians aged 18 years and older.

Key findings of the survey found that;

The results in comparison to an earlier survey completed in 2019 have shown that the concern amongst Australians about climate change has considerably increased due to the current bushfires. 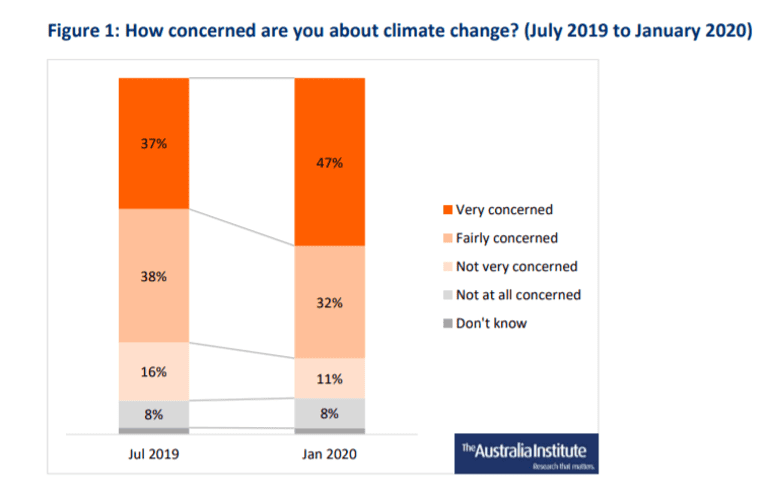 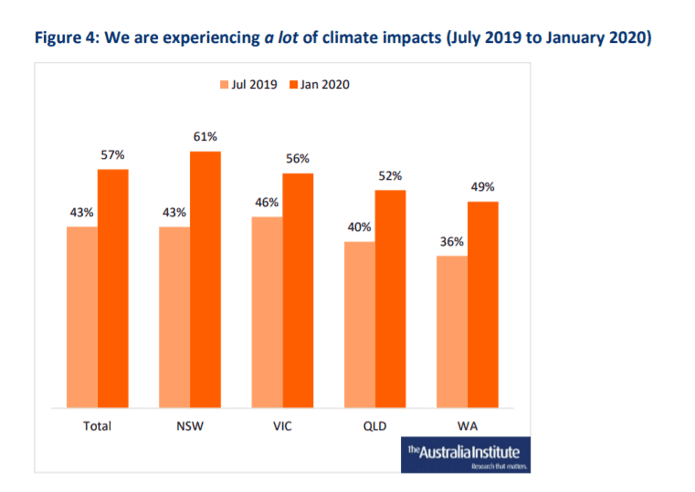 Source: Climate of the Nation

Australia Institute research has also shown that Australia is the third-largest exporter of fossil fuels in the world—behind only Russia and Saudi Arabia. Source: Climate of the Nation 2019

In light of this, it is evident that awareness of climate change is not enough, individuals and the government need to be taking actions to change the way we produce energy, and Australians agree!

The Climate of the Nation 2019 research report stated;

“Stop building new coal plants by 2020. We need a green economy, not a grey one.” UN Secretary-General Antonio Guterres

The most effective way you can lower your household emissions is by installing a solar power system and reducing the need for fossil-fuelled electricity. Doing this can assist in the world’s transition to renewable energy and be a positive step in the right direction for climate change.

As well as making a positive impact on the environment, those with residential solar systems are rewarded with reduced electricity bills due to having less reliance on the grid. The federal government also provides solar rebates to assist with the upfront cost of purchasing a solar power system in hopes of encouraging more households to move towards renewable energy.