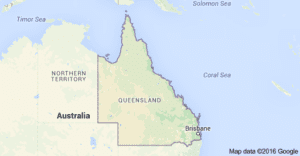 Here’s a quick round up of the latest news items around QLD power prices and solar power.

The QPC (QLD Productivity Commission) investigation into providing a “fair price for solar” has released a draft report saying (no big surprise) that they see no need to reward solar home owners for providing any sort of benefit to the network, whether feeding excess power back into the grid or helping to reduce peaks and slow down or stop investment in network infrastructure.

In fact, they reckon the STCs provided as a once-off up-front bonus to solar buyers are more than fair compensation for any benefits solar might provide to the network.

They even recommended that the 44c/kWh feed-in tariff be cancelled, rather than allowed to keep running to 2028 as it was originally put in place! Nice way to change the rules on people after they did the right thing!

So, it’s not all those solar “freeloaders” who have forced prices up after all?

And speaking of escalating network costs in QLD, that brings us to the REAL truth of the matter. How much of those costs has been justified vs unnecessary?

According to new analysis from Hugh Grant (no, not the actor, an Australian energy expert), some of the networks have been given a free hand to recoup more than TWICE as much money from the public as they should have.

Grant singled out QLD State Govt owned Powerlink as a particularly bad example. They spent $401 Million and got back returns of $9.4 BILLION (yes, that’s Billion with a capital ‘B’!)

That’s a 23x Return on investment, which puts them streets ahead of the shareholder value return compared to most ASX 50 companies!

So, now those of you in QLD can be comforted in the knowledge that things really are a lot worse than you think they are, and your govt owned transmission group has been a main player in the whole Game of Thrones debacle that is QLD electricity prices.