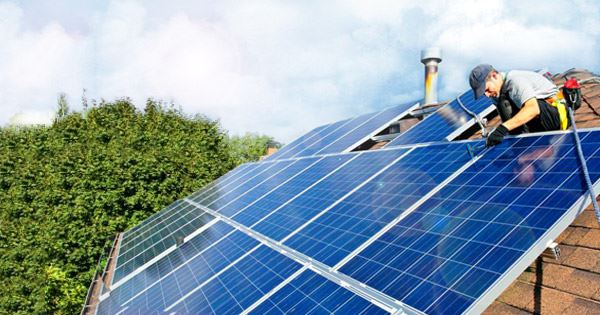 With stats Australia-wide telling us over 1.4 Million households have solar panels on their roof, it’s pretty much a foregone conclusion that Solar is here to stay for the long term.

However, we hear quite a few complaints from people saying that solar wasn’t worth getting, that their bills haven’t gone down and that it’s going to take 10-20 years to pay off their investment.

On the surface, that sounds terrible – almost like there’s some big conspiracy on behalf of the companies that sell and install solar power to rip people off.

But 9.9 times out of 10, the real FACTS are very different, so we decided to write this blog post to explain what’s really going on here.

Setting aside the small minority of people who brought a big expensive system that was over-sized for their needs, or had a faulty system they weren’t aware of, the real truth is that a LOT of homeowners with solar don’t fully understand how the money flows.

So, here’s the real deal with Solar:

When your system generates electricity (obviously only in daylight), one of 2 things happens:

1) If your household is using any electricity while the panels are generating it, the inverter will ensure it uses your solar power FIRST before it draws any excess power needed at the time from the grid. Whether it’s a fridge, washing machine, TV, computer, aircon or even a pool pump, all of these items need power when on, so the inverter’s job is to supply it to them as needed.

2) It exports the unused power back to grid, for which you get paid some sort of feed in tariff (note: tariffs may have ended in some places, so check your local energy retailer’s current rates first).

The inverter is kind of the “traffic cop” of your power system. It directs power in the right direction at all times, to ensure you use as much of your own generated solar power as possible, and wastes none of your unused power by selling it back to the grid.

The key element to realise here is that when you use your own solar-generated power, you are not paying your energy retailer to use their power (unless your power requirement is above the production capacity of your solar, in which case it draws the difference needed from the grid).

So, if you had a large enough system to provide for some or all of your active appliances drawing electricity, you could conceivably avoid paying full retail price for a LOT of electricity during each day.

As you can see from the below diagram, this system is only consuming 7% of its own power (B) at the moment, and is feeding the remaining 93% (A) back to the grid. This is simply because the household is not using much power at the moment, so the inverter automatically sends the unused power back to the grid and you get paid a tariff for each unit (kWh) exported back to your energy retailer.

The next diagram is demonstrating a very different scenario. In this case, the building has consumed 25.31 kWh (A) of power and only needed to buy 3.94kWh from the grid (B). Therefore, 84.43% (D) of all power consumed on this particular day was supplied by the solar panels!

If you did some calculations on how much it would cost you to buy 21.37 kWh (C) from your grid retailer, you would realise that production and consumption of as much of your solar power as possible is the smartest way to go.

Now, your savings might not be as good (this is an 8.5kW system, after all), BUT there are definitely savings to be made for ALL solar households, simply by using more of your own solar generated power.

The big trick in all of this is that the total amount of power you generated for the day is NOT shown on your bill. Only your total consumption of grid power and amount fed back into the grid.

Therefore, the only way to work out how much you really saved is to record your total daily production of power from your inverter (at night time, after it stops generating power)- across a full bill period – and then total that number and subtract the amount you sold back to the grid (this number is in your bill).

Here’s how to read your power bill, to show you what we just discussed:

Note: This bill is a basic example and does not show any fixed charges or other complications. It’s just to illustrate a point, so don’t be surprised if your bill doesn’t look anything like it.

If – during that same period – the solar inverter showed that the system produced 20 units per day on average, then the house would have used 10 units from the inverter and 10 was sent back to the grid as excess (or unused) power.

This is where the bill does not show that your solar power system saved you from having to purchase an additional 10 units per day.

This is why some homeowners who have solar think they have saved very little.

Because their bill doesn’t tell them the full story!

In other words, this is the “show me the money” moment mentioned above.

The numbers will shock you!

PrevWhy should I get a solar battery system?
Solar is for everyoneNext