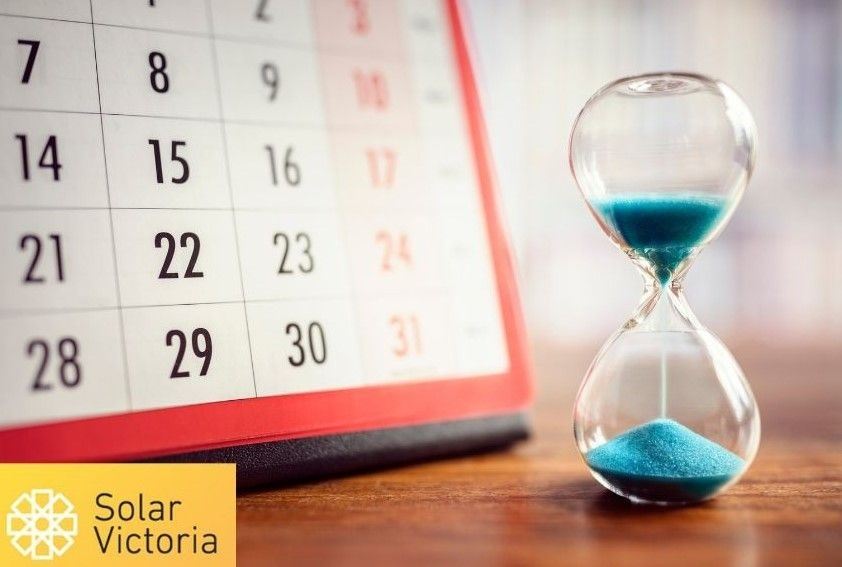 UPDATE: An emergency Victorian Solar Webinar is set to be held 11am, 5th of August by John Grimes, Chief Executive of Smart Energy Council. The webinar will be based on a new action plan. The Smart Energy Council and Solar Cutters are also asking for those impacted to save the date – Thursday, 8th August 11am for what we assume will be a rally or protest of some kind in the city.

Gone in 90 minutes and causing havoc in the solar industry of Victoria, the Solar Victoria Homes Program continues to be the deciding factor on Victoria’s solar PV demand and work.

After the re-opened Solar Homes PV Rebate in July had its monthly allocated rebates of 3,333 snapped up in only 3 days, it caused the solar industry to come to a complete stand still until resuming the rebate on August 1st with its monthly rebate allocation, which was then exhausted in less than 2 hours.

Warning signs and issues with the structure of the program were raised back in April when the program was abruptly paused due to funding being exhausted earlier than anticipated. It was this funding issue that caused Solar Victoria to relaunch the program with a monthly cap on rebates, in hope of running the scheme over a 10-year period.

Unfortunately, this cap has caused more destruction and disruption in the solar industry than benefit with solar providers and companies not being able to obtain enough steady work with the stop-start nature of the program.

During the week The Smart Energy Council surveyed 60 Victorian solar companies and found an alarming 80% have either closed their companies or fear they need to as an outcome of the Solar Homes Program.

“77% of businesses said staff had been made redundant or were expected to be made redundant.” Smart Energy Council Chief Executive John Grimes. 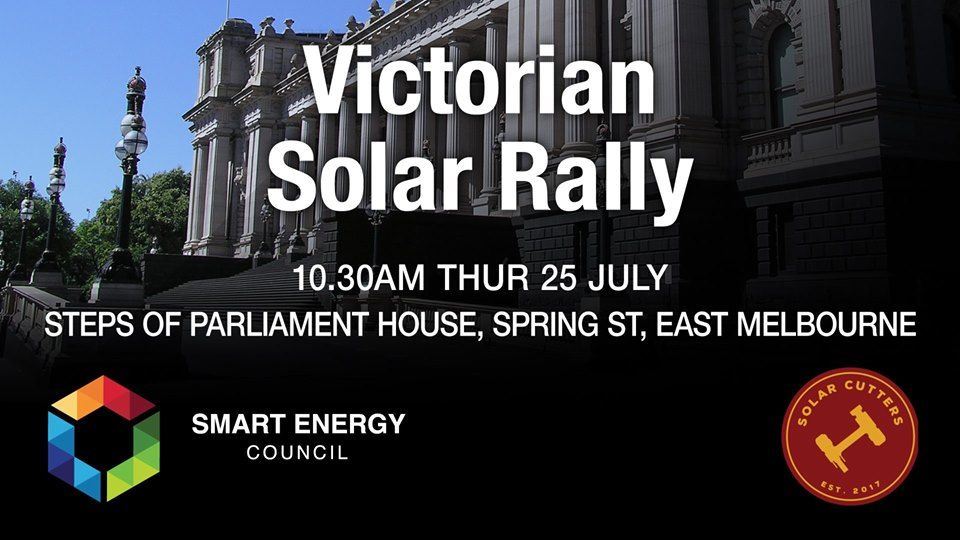 On July 25th the Smart Energy Council rallied on the steps of the Victoria Parliament House along with hundreds of those in the Solar Industry pleading for the Government to make urgent changes to the program before the August 1st re-opening.

Suggestions such as the below were put forward;

“The industry has put forward a range of options to improve Solar Homes, but the first step to fixing it is a recognition that there is a problem. We are calling on Victorian Premier Daniel Andrews to urgently intervene and lead a review to revisit the criteria for the program,” CEC’s Gladman.

Unfortunately, despite the numbers and coverage of the rally, the State Energy Minister Lily D’Ambrosio has insisted that the Government will make no changes to the structure of the scheme. 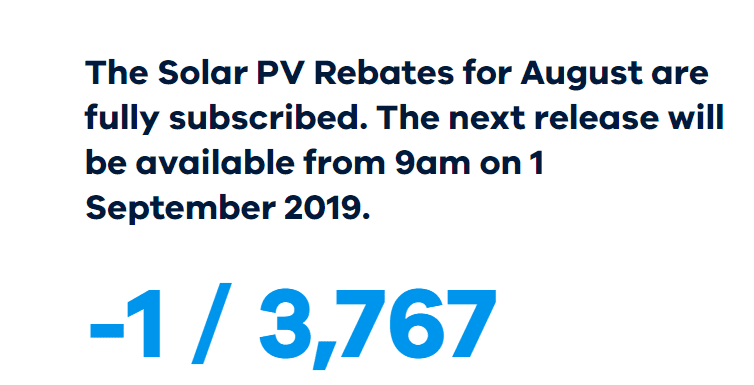 It is not only the solar companies being negatively affected by the Solar Homes Program either. Many households are holding off from installing solar until they can access the rebate, which is proving to be difficult with rebate availability only lasting days or hours into the month.

“You are more likely to encounter a unicorn in Victoria today, than meet someone who was successful in securing a rebate, because there are so few rebates, and such high demand, we estimate that around 90 % of customers who had accepted a quote, and are eligible, missed out.” Smart Energy Council Chief Executive John Grimes.

There is an increasing concern for those losing their jobs and their companies in Victoria due to the implications of no steady work in the solar industry. Those who have been negatively affected and require assistance are being urged to contact Lifeline and Beyond Blue.

For help with emotional difficulties, contact Lifeline on 13 11 14 or www.lifeline.org.au