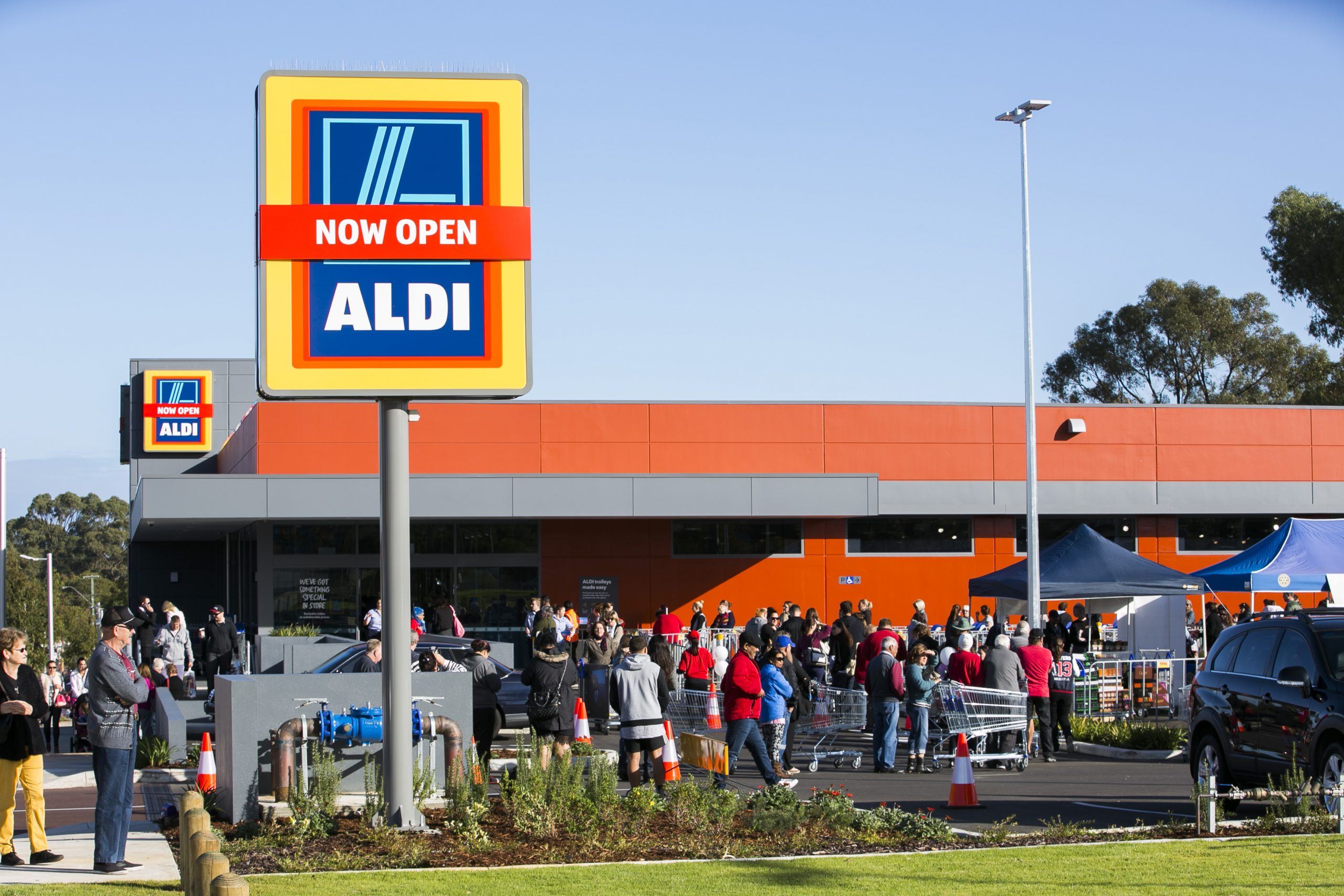 ALDI has recently confirmed that it is now 100% powered by renewable electricity in Australia; the first supermarket chain in the country to do so! The supermarket chain has undergone a widespread installation of solar panels at locations all around the country. Over 104,000 solar panel installations have taken place across 274 stores and 6 warehouses, which covers all locations owned by the company.

A Background on ALDI

ALDI opened its very first store in 1913 (over 100 years ago!) in Essen, a small town 37 kilometres from Dortmund and 71 kilometres from Cologne (by car) in Germany. After its success, the lone store became 50 in 1954 after a massive expansion. Since then, ALDI has grown to become one of the biggest and most popular supermarkets around the world!

2021 is proving to be a huge year for the company in Australia; celebrating 20 years since it opened its first Aussie stores, which were in New South Wales. Not only that, but ALDI is also celebrating 5 years in both Western Australia and South Australia in 2021. Additionally, it’s estimated that ALDI’s entry into the Australian market has contributed over $30 billion to the country’s economy.

In August 2020, ALDI Australia announced that it would be committing to completely powering its operations with renewable energy by the end of 2021. However, in early June 2021, the company announced that it had successfully completed the transition to renewable energy; 6 months earlier than originally planned! ALDI used a 3-step process to make the transition, which consisted of:

As a result of its transition to renewables, ALDI will be preventing over 274,000 tonnes of carbon dioxide emissions from entering the atmosphere; totaling 85% of the company’s carbon dioxide emissions across the board. This is equal to powering over 59,000 Australian homes! In addition to its renewables commitment, ALDI has also committed to sending zero waste to landfill by 2025 and lowering the amount of plastics it uses on its home-brand packaging by at least 25%.

So… let’s look a bit more into the solar installations and the company’s partnership with a commercial solar installer to help with the rollout.

ALDI actually first began installing solar on its stores and distribution centres in 2015. A huge part of this national rollout was done in conjunction with Epho (which has since been purchased by AGL); a commercial solar installer that was founded in 2014 and oversaw solar installations at over 200 of ALDI’s stores. This included a massive run of 100 solar power systems installed across 100 stores in about 100 working days.

While Epho was involved in a majority of the installations, we found a couple of other installers who helped the supermarket chain achieve its renewable energy goals. In 2017, Todae Solar installed a solar power system at one of the chain’s distribution locations in New South Wales, as well as 8 Western Australian stores. Additionally, Infinite Energy oversaw 2019’s solar makeover of ALDI’s Victoria Park location in Western Australia.

Are Other Supermarkets Following Suit?

Apart from ALDI, Australia has two other major players in the supermarket realm, being Coles and Woolworths. However, Metcash (trading as IGA) is also a big player in the supermarket industry, so we’ll take a look at the renewable commitments of all three. As of July 2021, Coles and Woolworths have both committed to powering their operations with 100% renewable electricity by 2025; although Metcash (IGA) has not yet announced a renewable energy target. However, a number of IGA stores have undergone solar installations.

If you want to hear more about companies in Australia doing their part for the environment, find us on social media! If you know of any that we haven’t covered yet, let us know! We’re always on the lookout.