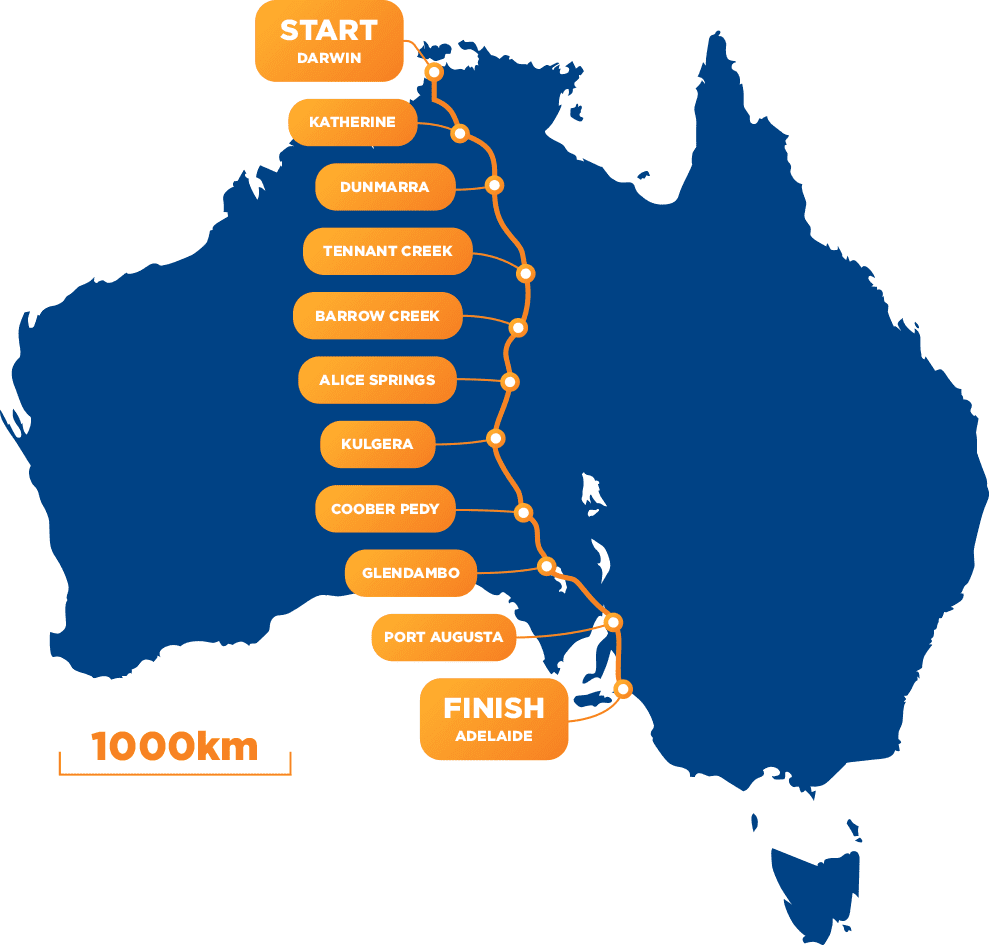 We’ve got a knack for looking at amazing ways solar is being used, and now we’ve come across the solar car. You may or may not have heard that the Australian National University, based in Canberra, has its very own solar car team led completely by students! How cool is that? The team’s mission is to use its solar car to win the Bridgestone World Solar Challenge (or BWSC) by 2025.

What is the BWSC?

The Bridgestone World Solar Challenge is the world’s leading solar car race. Engineers travel to Australia from all walks of the Earth with their self-designed solar cars to compete in the challenge. Moreover, the challenge generally attracts around 40 teams in total from 30 different countries! The race involves the cars driving over 3,000 kilometres in about 5 days through the Australian outback; beginning in Darwin and passing through central Australia before finishing in Adelaide. Check out the route below! The first ever race occurred in 1987 and was held every three years until 1999, when it became every two years. However, the 2021 race has been cancelled due to issues associated with the pandemic, which means the next scheduled event will take place in October 2023.

How Does the Challenge Work?

The race is competed in three classes: the challenger class, the cruiser class and the adventure class. So, while there are three, the challenger and cruiser classes are the competitive races, with the adventure class being for cars that don’t meet the requirements of either challenger or cruiser. The adventure race is not competitive and is essentially for fun. Furthermore, the two competitive classes are there to make sure similar solar cars are going up against each other, so there are requirements that need to be met when it comes to things like length, width and amount of solar panels. Let’s go through them!

As we’ve mentioned, the 2021 BWSC has been cancelled. Even so, some of its members and teams, including the University of New South Wales’ team, the Australian National University’s team and Brisbane’s own TeamArrow, have joined forces to organise a new event called the Australian Solar Challenge (or AUSC). As of May 2021, the AUSC will include a bunch of different challenges in their event rather than one road-race. However, there are talks happening to get an on-road challenge approved. If that were the case, the race would likely be through areas of New South Wales and finishing in Canberra. Watch this space!

The Australian National University’s official solar car team is ANU Solar Racing. In 2017, Australia’s only manufacturer of solar panels, Tindo Solar, partnered with students from the Australian National University to help develop the car and get it fit for the challenge. Furthermore, ANU Solar Racing’s mission to win the challenge by 2025 is accompanied by its vision to enrich education, drive innovation in the renewable energy arena and unite students to extend beyond the confines in automotive racing. Check out the photos of the University’s solar car below thanks to Tindo Solar!

So, while the cancellation of the BWSC is unfortunate, it also couldn’t be helped. With the AUSC going ahead for those in Australia, solar cars will still be racing in 2021, which is great news. We’ve also told you the requirements you’ll need to adhere to in order to compete in the next BWSC; so if it were quick and easy to develop a solar car… you’d be in for a chance!

Make sure you check out the results of the AUSC this year. We’ll keep you updated on our social media, so find and follow us on the platforms you use!

PrevRooftop Solar at Aussie Airports Could Power Cities
What is SolarCoin and How Can I Get Some?Next