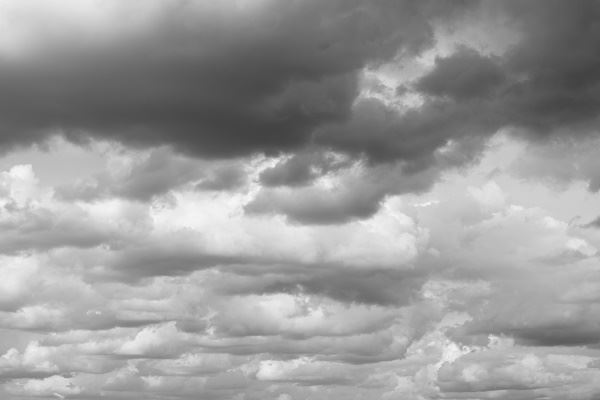 As solar power, battery storage and renewable energy targets continue their upward trajectory, there are still a lot of misconceptions surrounding solar panels and solar systems.

Back in July, we addressed 6 popular solar myths. We’re going to delve a bit deeper into one of those 6 myths: Solar power only works on sunny days.

Australia is definitely the land of sunshine, but still, we still experience cloudy and cold days, especially in winter [hello Melbourne]. This simple fact is this is what’s concerning so many Australians who have yet to invest in solar.

Let’s break it down. Solar panels basically absorb light, in the form of photons, direct from the sun. The panel itself, which is comprised of small photovoltaic [PV] cells made from silicon and conductors, convert that light that it absorbs in electricity. That electricity is then pushed into the inverter, via cables and wires.

Sunny and clear days will obviously provide the most photons, allowing the solar panels to produce the most electricity.

However, even on cloudy and overcast days, the diffused light will still reach the panels, allowing the production of up to 25% of the energy produced a clear day. A day that presents a light cloud cover, could produce up to 50% for you.

Even with our not so sunny and sometimes gloomy days here in Australia, we still do have the capacity to create more electricity through solar means, than we can actually use.

So, why wouldn’t we?

The European Union is aiming for 20% of their gross final energy consumption to be sourced from renewable energies by 2020. That’s a lofty goal for a union that includes Germany, Scandinavia and Great Britain [for now], as these are not countries known for their endless supply of sunny and clear days.

It’s quite the opposite really.

In fact, of the membered states, Croatia and Bulgaria have already surpassed their targets for 2020, with Latvia, Finland and Austria reporting that more than 30% of their final energy consumption is from renewables.

Now that you have a clearer idea of how solar PV panels work and that they actually still do produce electricity on not so sunny days, why not investigate how much you could save by investing in a solar system for your home or business?

Check out our Solar Savings Calculator for a general idea of what size system would best suits your home or business, along with what you could save over the next five, ten or twenty years.

PrevPeople power is the secret to reliable, clean energy
Solar households to lose subsidies, but it’s a bright future for the industryNext