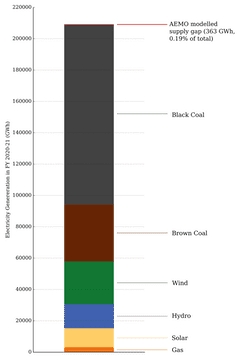 We don’t have a gas shortfall worth worrying about

Australia was warned earlier this year that a shortage of gas could create an energy crisis. A report from the Australian Energy Market Operator (AEMO) suggested a shortfall could occur in 3 of the next 13 years.

This report was widely reported in the national media, with sensational headlines like “AEMO warns of blackouts as gas runs out”.

A couple of weeks ago, in a dramatic intervention, Prime Minister Malcolm Turnbull declared that there was a shortage of gas supplies for eastern Australia and that certain restrictions may be placed on gas exports.

But do we really need “more gas supply and more gas suppliers”? In a report published today, my colleague Tim Forcey and I review AEMO’s initial report and its results and recommendations. Our work finds there is a shortage of “cheap” gas, but not a gas supply “shortfall”. Moreover, high gas prices combined with falling renewable and storage costs mean that there are cheaper options than developing new gas resources.

In gas supply terms, this is equivalent to only 0.2% of the annual gas supply. But AEMO’s modelling considers a range of possible scenarios, with a variation of roughly plus or minus 5%, far larger than the possible shortfall.

Just 11 days after the report warning of a supply gap, AEMO published updated electricity demand forecasts. In this update, AEMO reduced its forecast electricity demand by roughly 1%. This reduction in demand is more than four times greater than the largest forecast shortfall.

A day later, Shell announced it would proceed with Project Ruby, a gas field with 161 new wells. This was not included in the AEMO modelling process.

Gas has historically been characterised as a transition fuel on the pathway to a zero-emissions power system. The falling costs of renewable energy and storage technologies combined with rising gas costs means this pathway and may indeed be a detour, particularly when taking into account Australia’s climate commitments.

This is also a sentiment increasingly reflected by the industry, with gas producer AGL suggesting that:

The other two gas generation costs illustrated, CCGT and Steam, represent the cost of energy from existing plants, at their respective thermal efficiencies. The steam thermal efficiency is similar to that of a highly flexible open cycle gas turbine.

The next chart compares the cost of providing flexible capacity from gas and storage technologies (again, taking the cost over the lifetime of the plant).

In this analysis we compare the cost of capacity from OCGT with that from diesel and various storage technologies, including battery and Pumped Hydro Energy Storage (PHES). As can be seen, storage technologies can compete with OCGT in providing flexible capacity, depending on technology and capital cost.

Another option, not shown here, is demand response. This is the strategy of giving consumers incentives to reduce their energy use during critical times, and is cheaper again.

What is clear is AEMO’s forecast gas shortfall is very small, and that it may have already been made up by revised demand forecasts and new gas field developments. But the question of how Australia should deal with any future shortfall invites a larger debate, including the role of gas in our electricity system, and whether the falling costs of renewable energy and storage technology mean we’ve outgrown gas.

PrevClimate Council: climate, health and economics are against Carmichael mine
Do you really want to purchase solar from your energy provider?Next