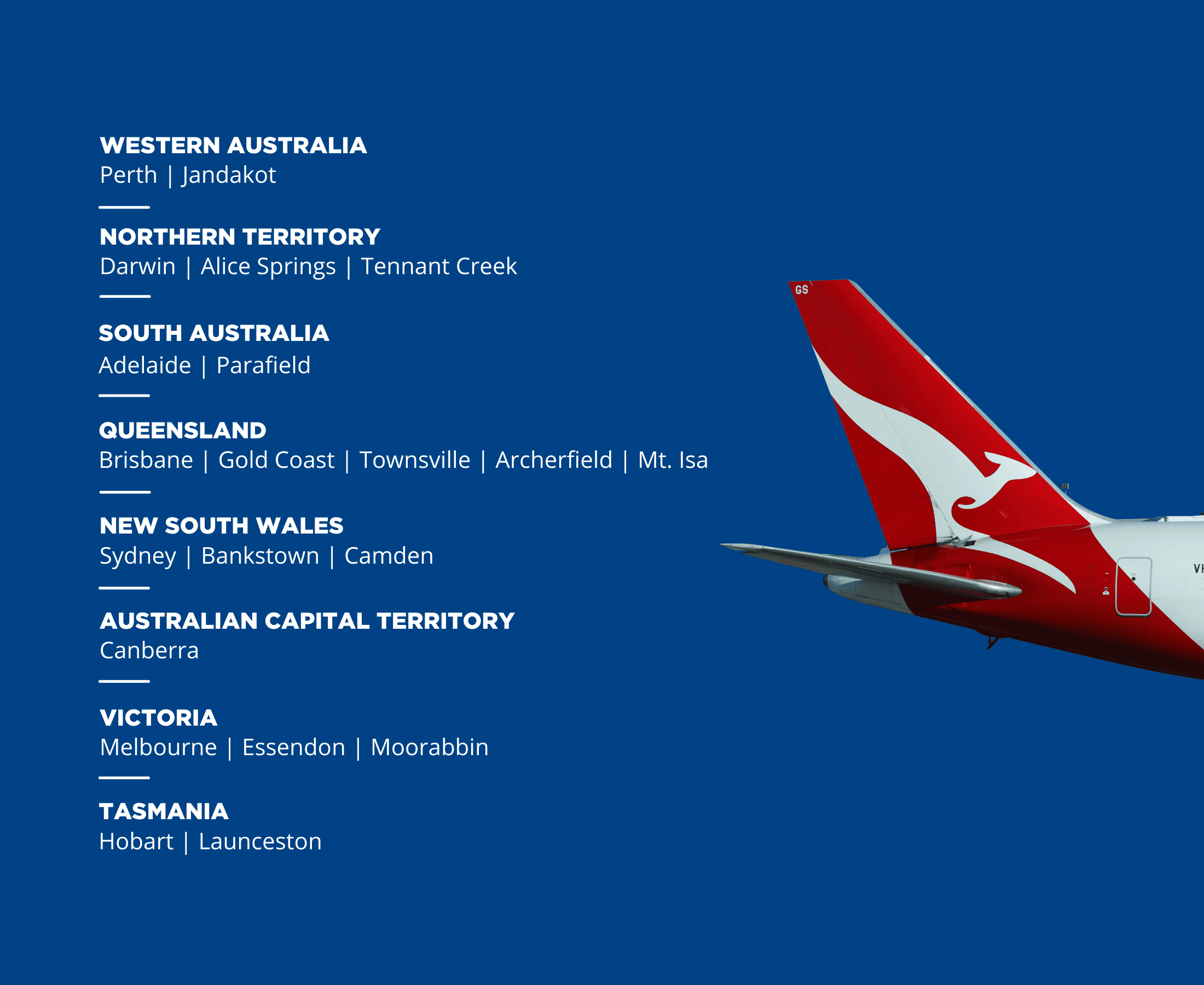 Researchers at RMIT University in Melbourne have found that rooftop solar at airports could generate enough electricity to power cities! However, we’re not just talking ordinary, small-scale rooftop solar… we’re talking about large-scale solar power systems. If you’ve got solar panels on your roof at home, large-scale works the same… it’s just much, much bigger.

While it’s amazing that residential solar has had a huge uptake over the years, RMIT researcher Dr. Chayn Sun says that more could be done to help Australia achieve a zero-emission economy. This includes the installation of large-scale solar power systems at Australia’s 21 Federally-leased airports.

Where and What Are Federally-Leased Airports?

Australia currently has 21 Federally-leased airports. There’s at least one in each state, so check to see if your closest airport is on the list below!

If you’re wondering what a Federally-leased airport is, you’re not alone. We did some digging and found that they are airports leased to private companies by the Government. Although, they’re all governed by the airports branch at the Department of Infrastructure, Transport, Regional Development and Communications. Big name, right? The important thing to note here is that the airports branch of this Government department looks after:

The researchers at RMIT University compared the amount of solar generated in a regional city to the potential that could be generated by the 21 airports listed above. The regional city used for this study was Bendigo, Victoria; where there are 17,000 residential solar panels installed. The findings from this research showed that airports would generate 10 times more electricity than the systems in regional cities.

Dr. Sun said that airports aren’t being used as effectively as they could be for rooftop solar, and that most of them have insufficient rooftop solar systems.

“Airports get good sun exposure because they’re not shaded by tall buildings or trees, making them a perfect spot to harness the sun’s energy. Australia is facing an energy crisis, yet our solar energy resources – such as airport rooftops – are being wasted.”

The lead author of the study, Athenee Teofilo, mapped out each Federally-leased airport building and managed to identify 2.61km2 of usable rooftop space. Just for some context, this is larger than the country of Monaco in Europe’s south. Granted Monaco is only 2.02km2 in size; but to have more usable rooftop space than the size of a country is pretty cool… if we make use of it.

The researchers found the best angle to position solar panels at each airport and found that Perth Airport had the most potential in terms of what it could generate; which would almost double the output of Bendigo.

Why Are Airports Perfect for Large-Scale Solar?

Have you ever been to an airport? Or even driven past one lately? If so, you’ll know that they can be absolutely massive… so just imagine your nearest airport decked out with a rooftop solar system. Partner that with the fact that there are no big trees or buildings around (because aeroplanes would struggle to land), you’ve got yourself the ideal location for a large-scale solar power system!

Additionally, airports usually have flat roofs; so, with no trees to shade the sun and with the correct tilting and positioning, it’s no surprise that panels on airport roofs could generate a huge amount of power.

This is all exciting news, especially if something comes of it. Let’s hope our airports will soon be installing large-scale solar power systems and doing their part to helping our country edge closer to zero-emissions! You can read more about the study here.